Everyone needs to mark their diaries for the first Wednesday of every month (so that's August third for the next one) to make way for one of London's most awesome vegan events. From 6-8pm, currently at Ms Cupcake in Brixton, the London Vegan Potluck attracts omnivores and vegans alike. Clear your calendars for the next because expectations are high! 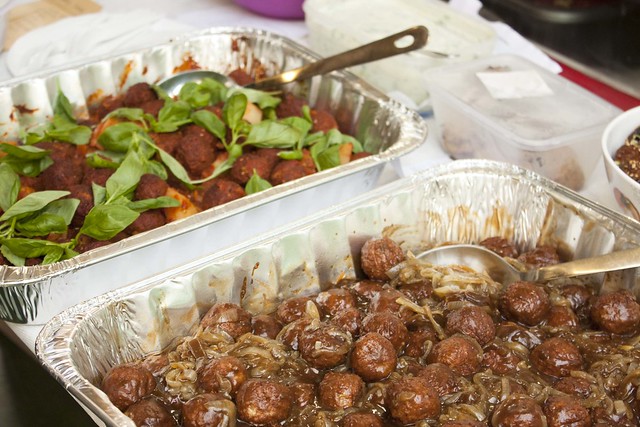 Redwood Foods sponsored the event, and the awesome Ms Cupcake crew (*ahem* Jayson's savoury cooking skills are on par with his baking abilities) threw together two fabulous trays using the new meatballs. One included a tomato based sauce with fresh basil and the other a rich onion gravy. A great big thanks to Redwood for the donation; they went down a treat. 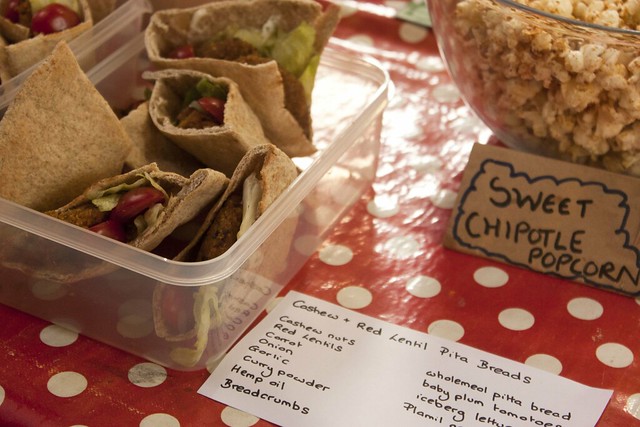 A massive thanks to the Ms Cupcake staff for opening up their space for the potluck. I can't wait for the next one (and if you're in London, vegan or not, you should be excited too. Come along!)

On Saturday we celebrated veganism some more with our third Post Punk Kitchen summer vegan picnic. Despite having met plenty of great folk (and made some BFFS) from these gatherings, I still get excited about the prospect of meeting other cool potential friends. This year's picnic wasn't disappointing in that respect. 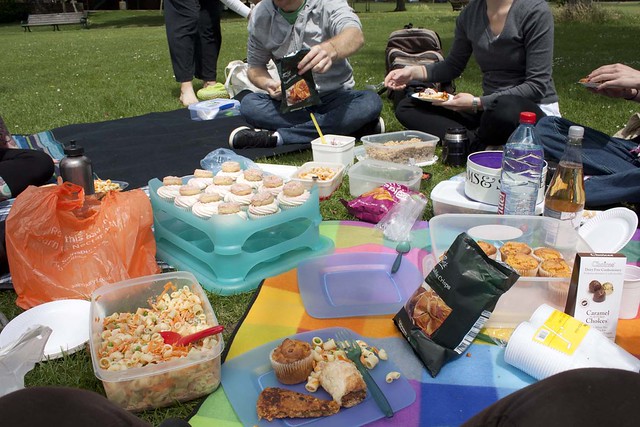 Even if you're shy and anxious, I encourage you to pluck up the courage and attend events like this. It's such an overwhelming feeling to know you can eat everything there and the people surrounding you hold the same underlying views. Even when you don't know everyone (or anyone), there's a lot of comfort to be found at these gatherings.