I was on a flight once, one where I’d requested a vegan meal. They served me my inedible “meal” (which, naturally, consisted of lettuce and rice since that’s all vegans eat), accompanied by a vegan brownie.

“Right, okay, I’ll give this a go,” I thought, and it was good. I’d even go as far as to say it was great. The texture was all smooshy and moist, and I was left wanting more. Please do not get me wrong because I am in no way complimenting airline food. I am merely using this one instance to illustrate what got me interested in the concept of vegan baking.

I tried a few other vegan baked goods after that, from cookies to cupcakes, and I was never dissapointed with any of them. So I was browsing the good old internets the other day because work just wasn’t going to happen, and I suddenly thought “hey! why don’t I try baking some vegan cupcakes or muffins or whatever the correct British term is for cakes in little cases!” Plus I was pretty anxious to try out my new silicone muffin mould thingies since they are pretty and stuff. 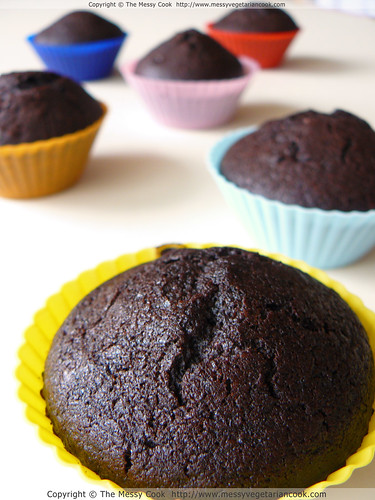 I found a recipe from Vegan Cupcakes Take Over the World for chocolate cupcakes and decided to make a few changes to achieve one of my favourite flavour combination discoveries of last year: chocolate and chili. Please forgive any inconsistencies as this truly is my first attempt at vegan baking, if you don’t count bread. 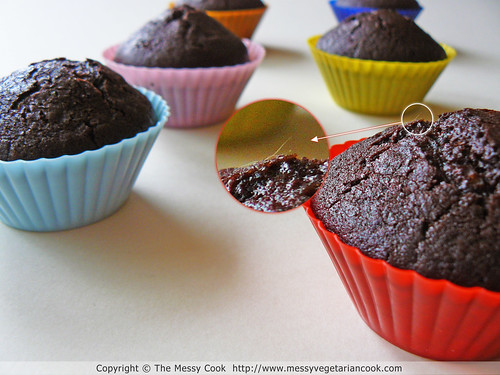