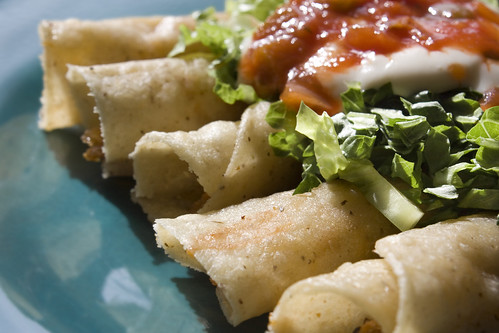 The taquito is a dish well known in my native United States, a fried treat brought over the border by a culture which arguably produces some of the greatest tasting food on the planet. This popular Mexican dish consists of maize (corn) tortillas tightly wrapped around a filling and fried, the process resulting in a crispy package of any number of awesome fillings.

This month marks the release of Terry Hope Romero's much anticipated Viva Vegan! I am just dying for this book. An American expat misses Latin American food more than, well, more than a great analogy I can't think of (suggestions are welcome). The thought of getting my grubby mits on what rumour is saying is quite the fabulous book has left me desperate for something South of the border in flavour, and these vegan taquitos are the result.

I've been sitting on this for a week or two, but seeing as it's the 5th of May it seems an appropriate time to share.

It's good. Really good. I ate them for breakfast the day I made them.

Mexican Food in the UK

Londoners searching for corn tortillas (and other goodies like corn husks) should look no further than the Cool Chile Company for authentic Mexican ingredients. And no, those Old El Paso yellow things don't count. 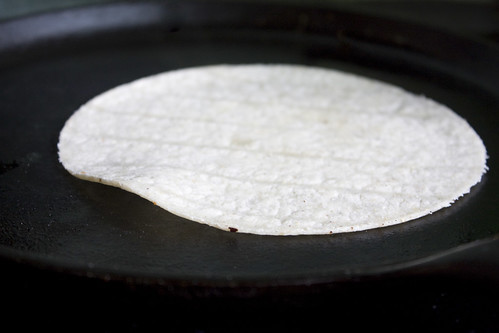 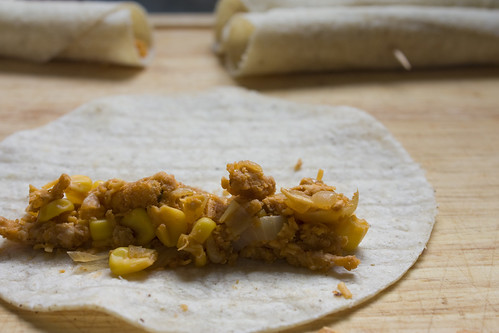 Wrapping and pinning the tortillas 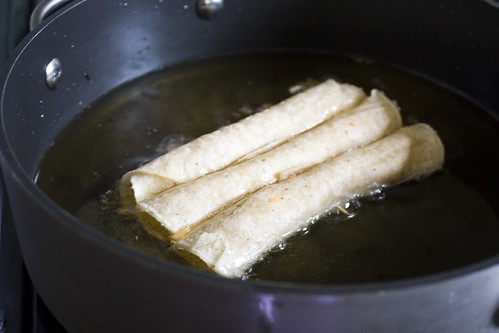