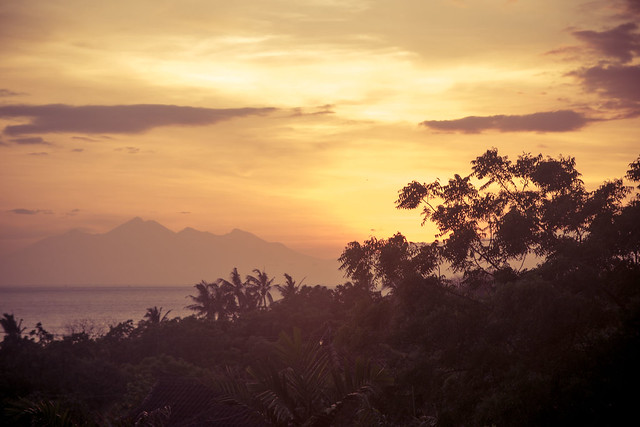 Tulamben is a place you go for one reason: to dive the USAT Liberty wreck, a US Army ship which limped to Tulamben in 1942 for salvage after it was torpedoed by a Japanese submarine. A volcanic eruption in 1963 drove the ship to its current 30 metre depth and it has since become an artificial reef teeming with life. We stayed for a short two nights, enough time to both snorkel over (at its highest point the ship sits just a few feet below the surface) and dive the wreck. There wasn't much in the way of diners, so we stuck to the restaurant beside the resort and the one across the road. Both appeared to have the exact same menu, so whether this was a case of copying or same owner I do not know. All I know is I ate the tempe satay about 6 six times and it was the most outstanding, filling plate of food I could ask for after a morning of diving (which is a deceptively exhausting activity – it takes a lot of energy to pick yourself back up after falling over due to a billion pounds of metal on your back).