It wasn't until I received a complimentary review copy of Divine Vegan Desserts from Grub Street that I realised just how gaping the hole in the British vegan cookbook market is. The majority of well known and successful vegan cookbooks come out of the US and, while that represents heaps of talent and masses of brilliant recipes, there are a lot of traditional British dishes that are often overlooked. This isn't to say Divine Vegan Desserts focuses wholly on British desserts, but it's angled in that direction (which, in my opinion, is fantastic).

Like with its standard savoury cuisine, I associate British desserts with fuss free comfort food, and that's what this cookbook is all about. I'm talking cakes, pies, fruit, and pastry, often accentuated by a simple cream or custard (recipes included for both). Everything from layer cakes to fudgy shortbread, mince pies to eccles cakes, plus cheesecakes and fruit tarts, a jelly-less trifle, banofee tarts, steamed puddings, fruit cobblers, pancakes, sorbets and ice creams, mousses, bread and butter pudding, and truffles... the list goes on. Plus there's a super rich-looking Christmas pudding which I'm totally saving for the holiday I don't celebrate but enjoy cooking for. One of the simplest (and now household) recipes in the books are the creams, both single (thin) and double (thick). Perfect for simple treats like strawberries sprinkled with sugar as well as scones and, well, any other pudding, these recipes were an instant success. The recipe for scones was spot on and super easy, not to mention mind blowingly awesome with the thick cream and jam! 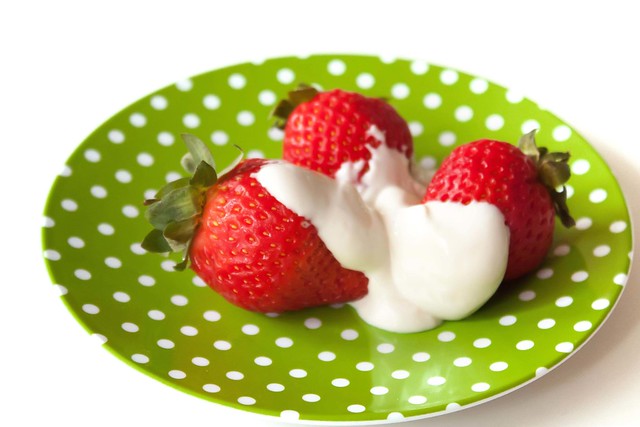 You may or may not know I'm originally from the US, but my partner is English. My cookbooks sit on a shelf (okay, so they're scattered all over the flat) he can easily access, but rarely does he choose to peruse any. That wasn't the case with this book at all, which he immediately flipped through and made a verbal list of what he wanted to try. This is a man who, when asked what he'd like for tea, cannot choose what to eat. Ever. Aside from pasta. I've never seen him visually devour a book to such an extent, and I put it down to the recipes and pictures being reminiscent of desserts with which he grew up – the comfort puddings his mum made and still makes (in fact I think she'd really enjoy this book). 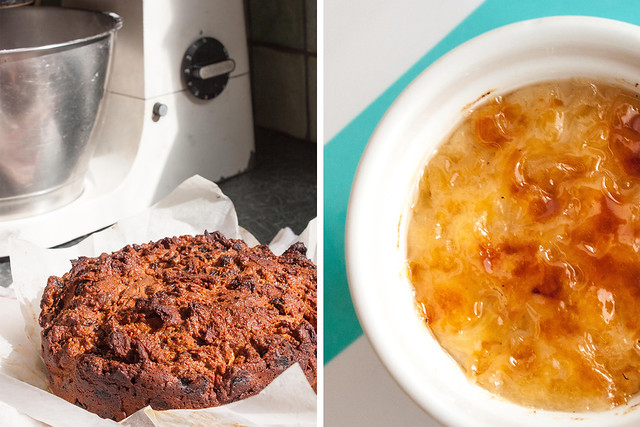 As you can see, I've made a few of the recipes from the book, and I was especially grateful to put my little used kitchen torch to use. I never realised how well palm sugar melts and hardens until trying the vegan crème brûlée recipe, which is excellent as it's my favourite sweetener by far. And the fruitcake has been consumed entirely by my other half, so I'm assuming it was good (despite being here for 11 years I still can't get my head around fruitcake). 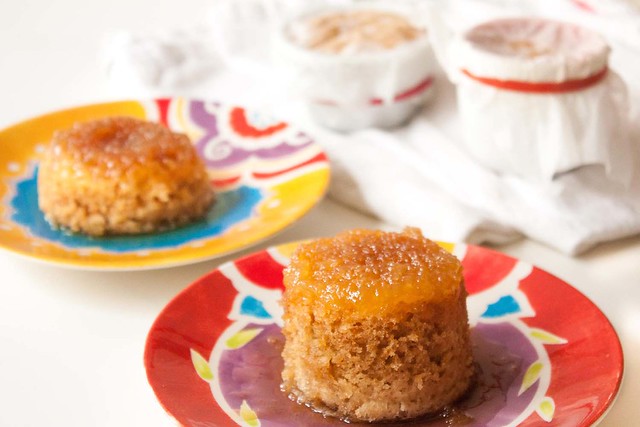 All of the dessert recipes within the book are one hundred percent vegan, but on top of that recipes are marked gluten free, nut free, raw, low sugar, and/or nut free where applicable. In addition to this there's a great introduction discussing ingredients, ranging from an overview of sweeteners, thickeners, and flavourings to an explanation of egg and dairy replacements. There are colour photos of all the recipes, which are all straightforward and concisely written.