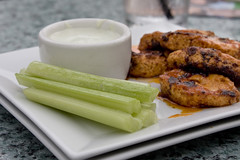 3.5 out of 5 stars
8020 South Dixie Highway
West Palm Beach
Florida, 33405
USA
Darbster is an all vegan West Palm beach based establishment which sits alongside a picturesque canal. Coupled with its other neighbour, the Dixie Highway, the location seems like it should be a nuissance. It works well, however, and I personally found the arrangement of tables beneath the giant advertising billboard to be both creative and cute, a clever use of what other owners may perceive to be a dead space. The service was a bit sporadic and disorganised at times, with the starter arriving after the mains and what seemed like multiple waitstaff assigned to our one small table, but the food was good (and all in all, so was the whole experience).

So we, the "we" being the dude I married and I, just returned from a holiday to Florida. "Florida?!" you say? Yes, Florida. Not my ideal destination as my idea of fun isn't spending $80 to wait in epic queues with pushy folk and their greedy offspring, but here's the thing: Florida has some cool stuff. Science stuff. Space stuff.

I got to go to India for my 30th and this was Paul's birthday trip. See, he got to see the first moon landings on telly; this made it just a little bit of a big deal to actually visit Kennedy. Plus we got to see a shuttle launch, to boot!

But all that's just me gushing and being all "woo science" and all. What you want is to hear about a cool vegan restaurant, yes? Allow me to introduce Darbster. 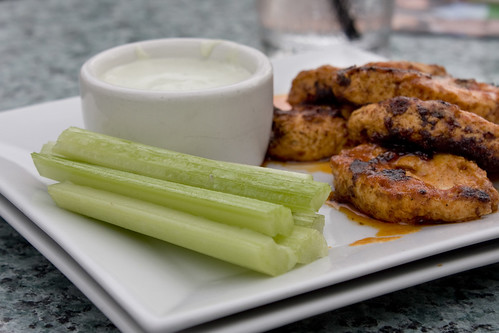 There's no denying these are nothing more than Gardein buffalo wings, but I'm thankful we ordered them because it introduced us to yet another gorgeous Gardein product. 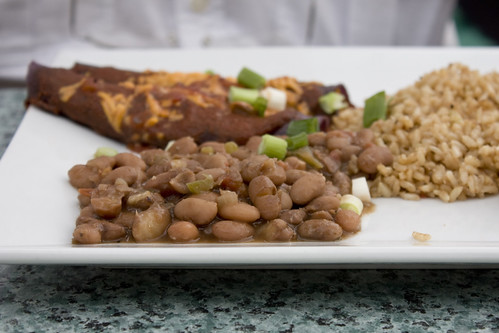 Paul's dinner choice, the enchilada dish rated high in his books. Not spicy and with an authentic Southwest flavour, this is the sort of food Britain is missing from its menus. Served with rice and beans, this was an excellent and wholly acceptable meal! 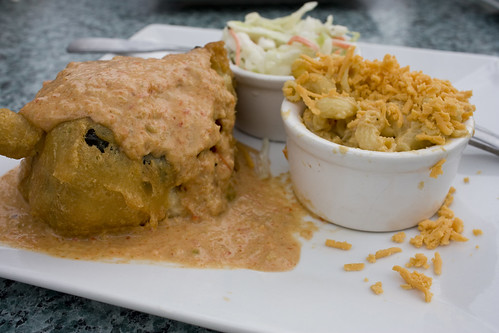 While I enjoyed my choice of entrée, despite it being served on the cool side, I must admit it wasn't at all what I was expecting. Before ordering I'd been advised it wasn't very spicy, but the correct answer would have been "not at all," since it was in fact a bell pepper rather than the traditional poblano. This didn't stop me from stuffing the whole thing into my face though, and boy would I like Darbster's batter recipe. I ordered the chille releno with a side of mac and cheese and coleslaw, both of which were very nice.

Fried, stuffed with veggies and cheeze served with sauce.

By the time we found Darbster we hadn't really consumed a proper meal in a few days, so believe me when I say this restaurant put the greatest smile on this vegan's face. Should I find myself in the area ever again, I will most certainly return. The mac and cheese side absolutely made my day.