The lovely folks from Goodlife were kind enough to recently send me three of their products from their growing range: their spicy bean quarterpounders, nut cutlets, and glasmorgan sausages.

There aren't many 100% vegan companies in the UK mainstream food market, and to be honest I didn't know until recently that the Goodlife company fit this description. In 2011 the company was rebranded to Create a Goodlife, and along with that change they also ditched all animal ingredients. Way to go, awesome company! I don't want to name names (of course I do – it's Quorn – but you already knew that didn't you), but wouldn't it be nice if another major brand would do the same?

Create a Goodlife products are easy to find. In my local Tesco, they're right there in the vegetarian section. 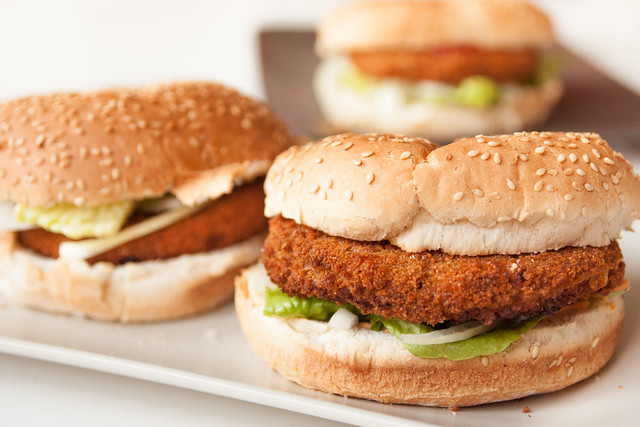 The quarterpounder was my partner's favourite of the three products we were sent, which surprised me as he doesn't tend to like anything with even a hint of spice. They're packed full of whole beans and veggies, so it makes a change to the gluten burgers we usually eat. 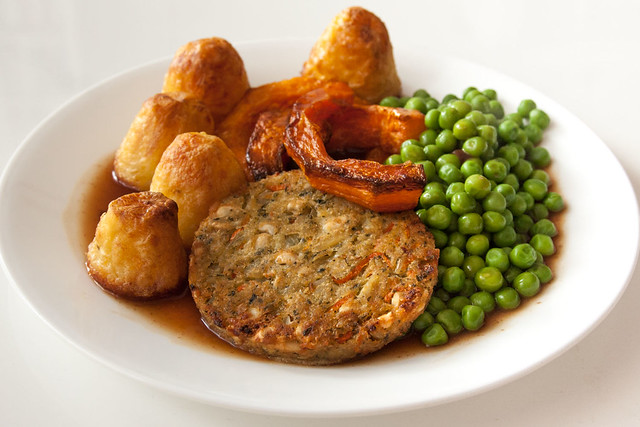 The nut cutlets were our least favourite item. It's not that they weren't good (I quite liked the texture imparted by the whole nuts), but we served them with a roast, and with a roast we tend to prefer full on meat substitutes. 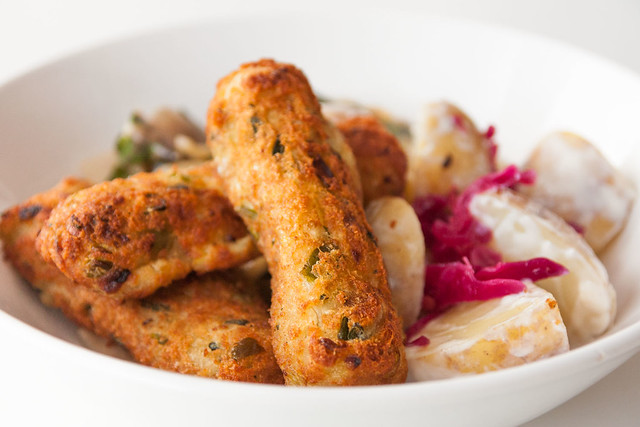 The sausages were, hands down, my favourite item of the three sent. Texturally they aren't at all sausage like, which would turn me off usually. These sausages, however, are unique enough to stand on their own without that meaty texture. The only warning I'll give is not to over cook them at all as they will lose their shape (but will still be perfectly edible).

While I'm a great fan of meat substitutes, I understand many people who eschew animal products aren't so keen. For those of you who fall into the latter category, you would probably love these products. As for me, I'll absolutely be purchasing the glasmorgan sausages in future.