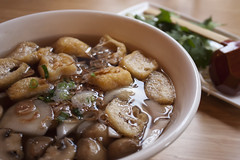 Pho, pronounced more like "fuh" in the local tongue, is a Vietnamese rice noodle soup that packs a whole lot of flavour into a simple dish. Pho restaurant serves up a massive bowl of this soup, of one Vietnam's most well known dishes, partnered with a plate full of fresh herbs; coriander, mint, and basil sit alongside a cut chili, accompanied by table condiments to suit everyone's own taste (many are vegan). The veggie broth in the Pho dishes are vegan, as are most, if not all, of the menu items marked vegetarian. Be advised, however, to request an alternative to the fish sauce that may come as a side. 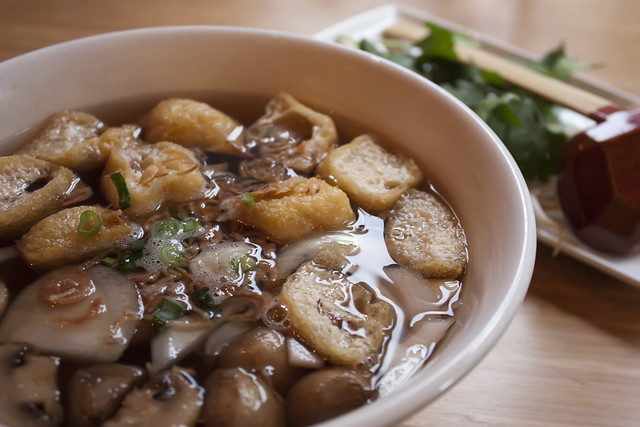 I've been to Vietnam twice, and both times my dining experiences were amazing, but somehow Pho stayed off my radar both times. I'll wager my ignorance was due to the fact that I disregarded the packed on-street eateries- my days of trying to explain fish isn't vegetarian in SE Asia are numbered.

Much of the reason I was so desperate to try Pho when it opened it Brighton is because I love everything Southeast Asia, and I knew I'd fall immediately in love with this Vietnamese food starlet. Disappointed I was not. The broth was light and fragrant, a mildly spiced and intoxicating aroma of cinnamon and anise. Most of the fresh herbs went into my bowl, along with a light drizzle of chili oil, and I spent the next 15 minutes in heaven.

I've had daily cravings since.