Many of my recipe ideas come to me via the medium of getting on a plane and pissing off to somewhere warm for a few weeks. Keeping that in mind, it's only fair to share some of my favourite restaurant experiences. Khun Churn, with restaurants in both Bangkok and Chiang Mai (this review specifically focused on the Chiang Mai branch), is definitely one of my highest rated experiences of my recent trip to Thailand. 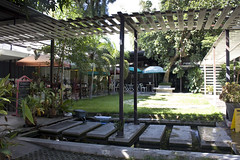 Open from 08:00-22:00, don't let the fact that the restaurant is outside the inner city walls put you off as a tourist; it's a 20 minute walk from the city's Western Suan Dok gate or a quick tuk tuk ride, and I promise you won't regret it. Khun Churn features a lunchtime buffet at a ridiculously reasonable 98 baht (update: I've been told it's now 129 baht), including drinks, with a selection fit for a king. The a la cart menu, available all day, is a massive collection of mouthwatering descriptions, so be sure factor an extra 15 minutes into your lunch break for in-depth menu perusal. 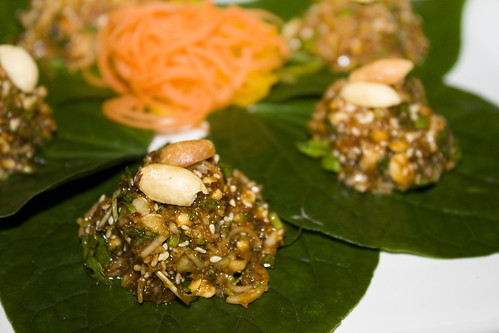 A tangy bite of heaven wrapped in wild beetle leaves, these Thai treats made the dinner worthwhile on their own. They're packed with citrusy lemongrass, aromatic mint and an array of other saporous ingredients that will leave you craving them long after you've packed up and gone home. 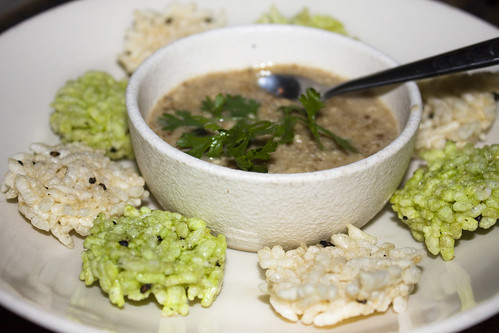 These crispy (and absolutely adorable) little rice patties are served with a coconut milk and peanut sauce. I'm certainly a fan and would love to try making rice based mini dip receptacles one day at home. 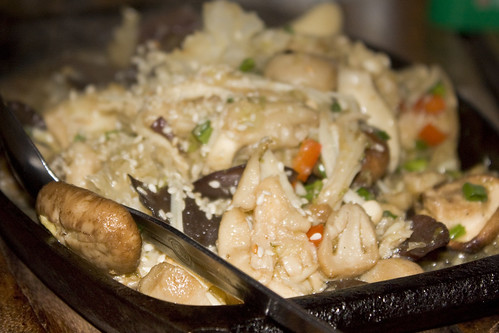 An assortment of some of the most delicious mushrooms you'll ever try, the creaminess of this dish came not from the sauce but from the mushrooms themselves. At a guess I'd wager the major players were shiitake, wood ear, straw, and oyster mushrooms, alongside a delectable (do people still use this adjective?) mix of ginger and herbs. Sometimes I can't believe I didn't used to like mushrooms, and for those who still say that I bet this dish would change your minds. 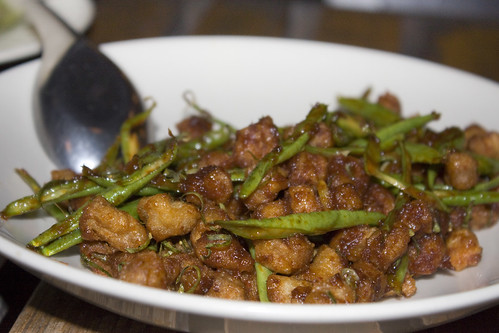 Crispy stir fried TVP chunks, a simple but generally atypical method of preparation, are the way forward. I'm convinced. These babies were done in a delightfully spicy red curry paste with kaffir lime leaves and long beans, but it's the texture I loved above all else. A bit of the chewy, a bit of the crispy, a lot of the fried. What's not to love?

At the time of writing, the buffet cost 98 baht, or £2, and it's not a shabby place either. I mean I'd don a dress and bring a first date here (alternatively, slip into some manky khakis and convince my partner we would die of deaththings if we didn't go). Not everything is vegan, so you might have to ask about a few things (mainly egg based) if you don't consume any animal products, but it's still a definite goldmine for vegans, omnivores, and vegetarians alike.

The buffet space accomodates many tens of dishes, from simple condiments, salads, and soups to hearty curries, noodles, rices, and fried creations. Desserts and drinks are included, a super plus, and the selection contains a good lineup of foods to suit all tastes in terms of chili tolerability. 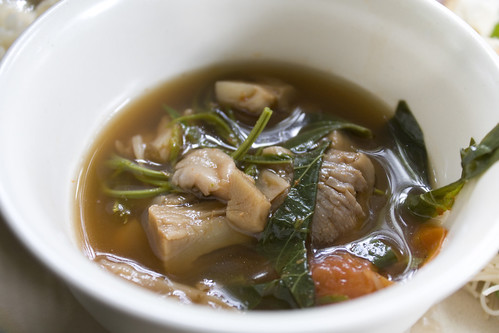 Sp-sp-spicy! Good stuff, nevertheless. Must try this at some sometime! 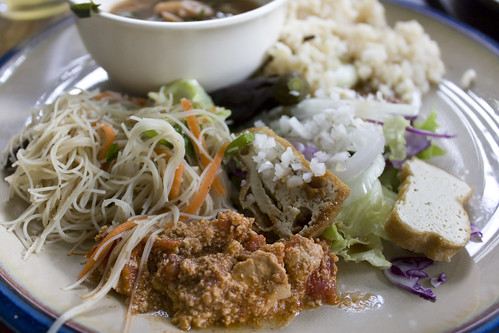 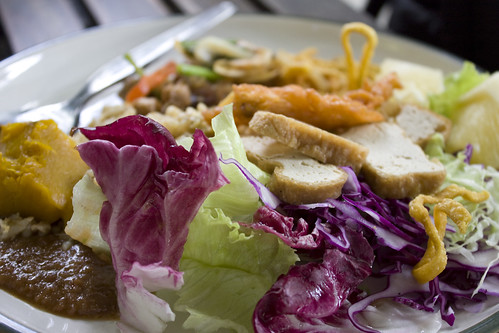 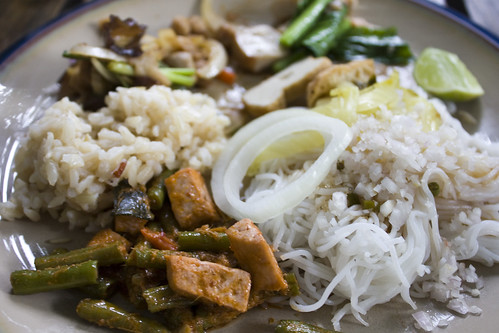 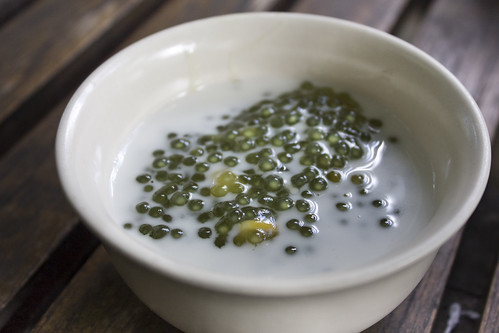 If you're a fan of rice pudding, tapioca, and other such slimy milky puddings then this coconut milk based dessert, despite it's resemblence to frogspawn, would knock your socks off. I ate two huge bowls full and had to practically be rolled out the door.

If you're in Chiang Mai, you're a fool to skip this place. Just be prepared to want to return again and again, and to extend your stay in the city so you can try as many menu items as possible. I covet nearly everything I tried on a pretty much constant basis.