Last night was London's second Vegan Potluck, organised by Fat Gay Vegan, sposored by Sweetbird, and hosted by Ms Cupcake and crew in Brixton, South London. I missed the first event, mainly because I didn't want to go alone and weeknights aren't good for my partner (who doesn't enjoy the same luxury I do of sitting here working in my pyjamas all day). No one ever thinks of me as shy, but I do have to pluck up a lot of courage to bring myself to a) leave my flat and b) meet new people. Perhaps shy isn't the best choice of words- lazy maybe? A little awkward? (I did spill smoothie up my nose last night, afterall). 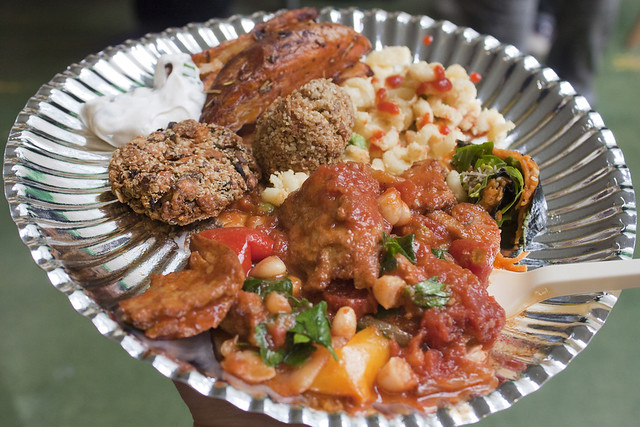 At any rate Paul is off work this week so we decided to head up to the city for the day, and I'm beyond glad we did. The spread was good enough to eat (and eat it I did) and it was nice to see some familiar faces (a shout out to the To Happy Vegans girls, who are adorable) and meet some new people (who it turns out aren't always as scary I play them out in my head to be).

I know every vegan says it at every vegan event and every vegan restaurant, but there's nothing like being able to look at a selection of food and know you can eat every single thing in front of you. Vegan Bear's Spanish "chicken" was one of my savoury favourites, with Peter's (owner of October Cafe, another must in London) frangipane tart a front-runner in the desserts category. Other favourites from other contributors: the fruit and chocolate pie in a coconut crust, cinnamon doughnut muffins, home made ciabatta, space invader chocolates (by ChocoAGoGo), and a tempeh dish (a soy product I could just eat raw I love it so much). I didn't get around to trying everything, unfortunately, as my stomach was approaching explosion by the time I rolled out the door. 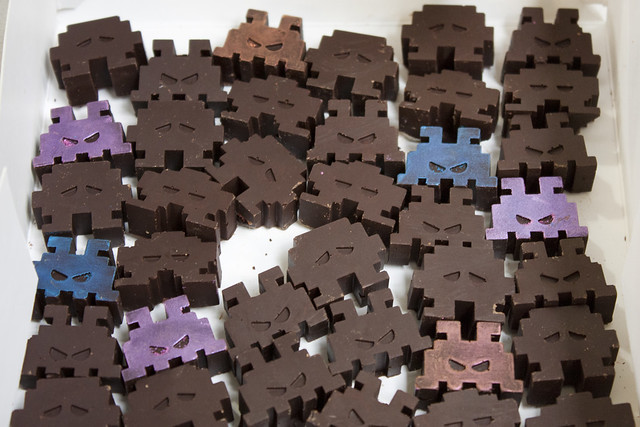 A massive thank you to Sweetbird for providing enough free smoothies for attendees to sample multiple flavours; I think I'm a little bit in love. I've been a fan of their coffee syrups for years and the smoothies are equally fabulous.